You know what?  It will happen again next month.  Next year.  Next decade.  And there will be many other photographers who gravitate here to take shots.  With the advancing technology, it’s only getting easier…and I’m fine with that.

I was actually here for a shot for a project but was not able to get what I wanted due to the high winds, so I got these as an alternative for being out there.  The wind brought the wind chill into the single digits and there was a lot of ice on the rocks – but it was cool, pun intended, to be out there for an hour enjoying the lights of the coming day blend in from the night.

It’s my favorite time to shoot and the bridge is one of my favorite subjects….so keep getting used to it! 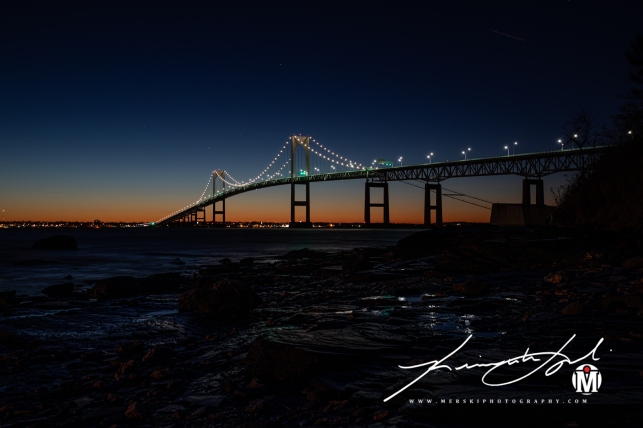 Newport Bridge – High texture of light off of shoreline rocks. 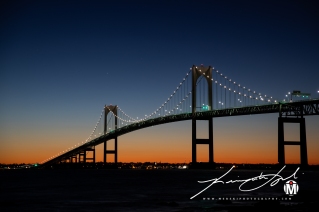